What Walter White and Breaking Bad Taught Me About Being a Man. 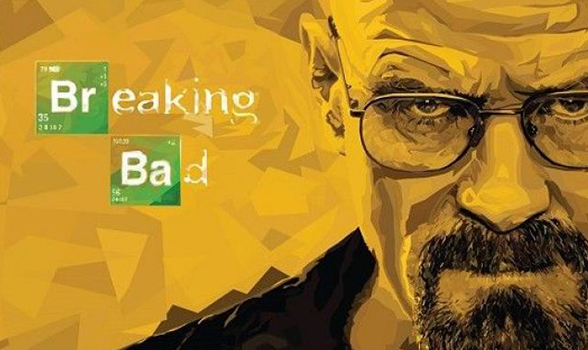 I was and still am a huge fan of the television series Breaking Bad.   I have shared this series with many friends over the years and relived the excitement vicariously as they share their experiences of the television series.  For those of you who missed the meth fueled phenomenon which spanned 5 seasons, Breaking Bad featured a marvelous main character named Walter White who was played by Bryan Cranston. Walter White was a chemistry high school teacher, who discovered he had terminal cancer, and decided to use his chemistry knowledge to become the worlds premier meth cook. As the series continued, Mr. White, as he was often called by his erstwhile partner and former student Jesse Pinkman, he also became a dealer and fugitive from the law. The series could have been called “The Transformation of Walter White” as this was the most fascinating aspect of the series

Walter White created an alternative persona for his meth activities, a nom de plumb. He called himself Heisenberg, and the combination of his persona and growing urban legend transformed Walter White into one of the most fascinating characters in the history of televisions. Here I will share just five of the messages I gleaned from my near religious and zealous viewing of Breaking Bad over a spectacular five seasons.

In the beginning, upon learning of his cancer diagnosis, Walter White only wanted to make enough money to cover his medical expenses and leave his wife and two children in comfort. As the series progressed, it became clear that at this final stage of his life, Walter White discovered something at which he excelled. His meth took on a blue tinge, and the purity and effectiveness of said meth was legendary. Everything that followed through the series was born out of Heisenberg’s expertise and now fully utilized talent. Making meth was not work for Walter White. He loved what he did and he did it better than anyone else.

For me the bottom line is this: “Don’t waste my life doing things that I am not good at, only to make a buck. Life is too short.”

This may seem obvious to some, but I feel it is often overlooked. During my time in Chiang Mai, I saw many men who were retired. They did not seem happy to me. They lost their passion and their drive. They had silenced their inner warrior. Men need something to do, something they can own, and something that allows them to express their talents. It is how we are wired: we like to be in the game. While Walter White was a good chemistry teacher, it wasn’t until he began cooking meth that he found his true magic. His gifts immediately shined through. His life transformed in many way.

#3. Be willing to negotiate most everything in life.

Breaking Bad is a drama, and as such, there are many clearly unrealistic situations which Walter and crew had to overcome. There were many times when I said to myself, “how does he get out of this one?” And right up to the final scene in the finale entitled Felina, Walter White found a way. There are many times in my life in which I have accepted the status quo, even when I wanted something else. I did not open my mouth and suggest an alternate plan. I did not think about how a change in plan could benefit all those involved. In Breaking Bad, I saw how quickly things can shift when someone is committed and willing to take action to achieve a goal.

Spoiler alert: By the time we get to the last few episodes, Walter White has amassed a fortune of roughly $ 90 Million. In the end, his primary goal was to provide for his family and ensure his son and daughter would reap the rewards of his work. Money is a measure of energy, and so money is one of many measures of a man’s quality of life. There is also a “satisfaction” currency, a “travel” currency, a “balance” currency, and a “relationship” currency. However, money is still the primary societal measure of a man’s success.  If I really want to do some amazing things in my life, I need money to do it.

Paradoxically, working hard just to achieve wealth seems to be a rough road to travel. Most men look to do something they either a) are good at or B) truly enjoy or C) are good at and also enjoy. Option C is the best of both worlds. In the case of Walter White, he had both in the final years of his life. He took great pride in his meth empire, and relished the fact that he was the king of meth in the United States. In the final scene of Breaking Bad, Walter White ends up where he started, in a meth lab. He fondly touches the equipment and remembers some of his past exploits. He does not think about the money, but rather the things he did and experienced he shared.

Breaking Bad is the greatest television series of all time. As a passionate Sopranos fan, this is saying a lot. Both series feature strong, powerful and deeply flawed main male character. While the travails of Tony Soprano were indeed fascinating with all the Mafia characters and woman and violence, the steep arc of Walter White from pedestrian high school teacher to multi million-dollar meth dealer held me far more engaged.

Each episode of Breaking Bad had memorable “aha” moments. Great series do that. If you have not watched Breaking Bad, put it next on your to do list. I am excited for you. In Walter White we see a man dealing with life according to his own rules, running roughshod over any and all masculine stereotypes. I found it refreshing and inspiring to see and experience a man who felt completely free to pursue his work, dangerous and illegal as it may have been.

Five Simple Things Every Partner Wants From Their Man

How Looking Death In The Eye Changes A Man

How looking death in the eye changes a man