Retire in Thailand (Lessons from Peter) 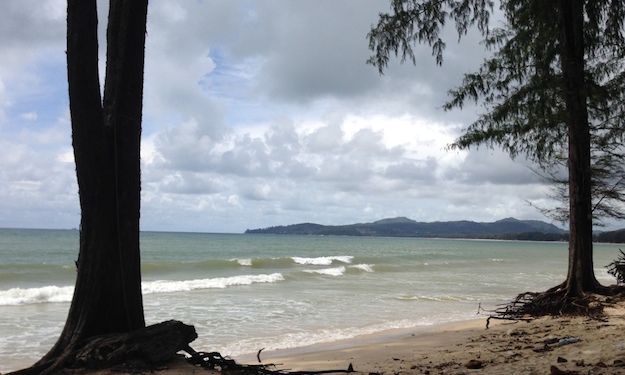 Traveling through Southeast Asia has completely shifted my thinking about retirement. My plan has always been to be in a position to retire at the age of 65. I have a plan to have so much money tucked away at that time so that if I wanted to stop working, I could. I don’t think I will ever want to stop doing what I am doing, but at 65, I will have the choice.

One thing I have noticed here in Thailand is a growing number of retired men hailing from other countries (Japan, China, Europe, Australia, not many Americans), who have chosen Thailand as the place where they want to spend their final days. During my last week in Phuket, while I was eating lunch, a man named Peter approached me and sat down at my table. Peter asked me if I played Backgammon. I told him No.

Well, Peter is 55 and had the good fortune to retire at the age of 38. Peter has traveled the world unlike anyone I have ever met. He was born in Germany, and has lived in France, Argentina, America, China, and about a dozen other places across the globe. And after all that traveling, he had determined that Phuket, Thailand was the place for him to settle down. Now 17 years later, he has a Thai wife, a 13-year-old son, and a relaxed lifestyle revolving around his family, backgammon, meals and napping.

After Peter was through asking me about my life, where had I traveled, how many kids, number of wives, Internet Marketing ( “you really make money doing that?”), and my diet, I had a few questions for him. First I asked, Why Phuket? He said there were many factors: weather, beaches, personal freedoms, beauty of the women, friendliness of the people, and the cost of living. I told him I agreed with him on all counts.

Peter went on to observe how many freedoms have been taken away in other cultures, and in particular, in America. As he lit a cigarette from his $2 USD pack, he exclaimed “You can’t even smoke there any more!” I told him that when I told people I was heading out for a long-term trip to Southeast Asia, most people thought it sounded pretty crazy. Who would leave America to live in Thailand? Well as it turns out, quite a few people from all over the globe do exactly that for the exact reasons expressed by Peter.

There are options. I suppose that is the lesson from my chat with Peter. In my role as an Internet marketing coach, I speak to many men and women who are reaching their retirement years and are not able to retire. Statistics show that only 4% of Americans can retire and maintain their current lifestyle. Those are alarming figures. So what do you do? You can find some line of work to pursue to make some extra money. Many people are investing in Internet marketing for this reason. You can also reduce your financial demands aka live on less. And we have all seen the elderly greeters at Walmart who serve as an example of retirement gone wrong. Then there is the Thailand option. If you do have some money coming in through an IRA and/or social security, why not live in another country where the cost of living is low and you can live like a king in the best year around climate on the globe?

I have done a little bit of research to get the lay of the land here in Thailand. The average person earns 13237.76 THB per month, which translates to $427 USD per month. I prepared a video showing how I have been able to live very comfortably on $1,500 per month. You don’t need much. Again, it is always good to have options.

I have only been here in Thailand for a few months. I will be venturing to Vietnam and Cambodia and then coming back to Thailand before returning to California in the spring. I need some time to let the newness wear off. My time here to date has been glorious. Running across guys like Peter, who have seen even more of the world than me, always opens my eyes a little bit further, and expands my horizons. Hopefully sharing these experiences on the blog opens your eyes a bit more too. Options. Not being stuck. The freedom to chose. It feels good, doesn’t it?

How To Get All You Want Without Killing Yourself