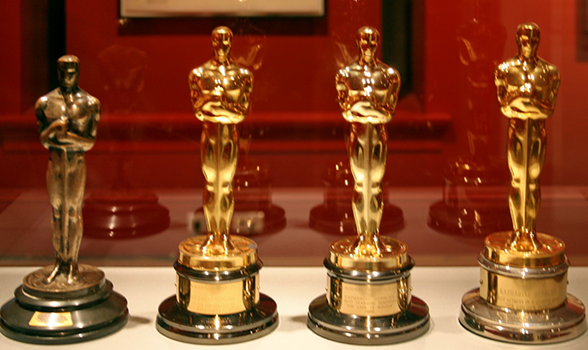 Movies feed my soul. Rarely am I happier than when I can lie down on the bed, my head propped up, trusty Mac Book pro at my side, and a good movie cued and ready to play. The anticipation is wonderful. Rarely am I completely satisfied, but indeed, each movie provides a message or gift of another’s wisdom. As the Academy Awards roll toward us each year, I attempt to watch all the pertinent films. The viewings help to assuage my Christmas holiday malaise. Here are five films at the top of my viewing list and a brief take away message for each.

If the movie Wall Street proclaimed, “Greed is good” then the message of The Big Short is greed is not so good, and does in fact destroy lives. We see the dark side of Capitalism. We see here men’s obsession with wealth. Since so many lost so much in the financial collapse of 2008, this film provides a powerful explanation of how blind greed by a few can impact the lives of millions in a moment. This movie features outstanding performances by both Steve Carell (who in my humble opinion should have been nominated) and Christian Bale, who was nominated for Best Supporting Actor.

The sexual scandal of the Catholic Church has now been well documented. It took the work of a very dedicated newspaper team in Boston to the bring the story of sexual abuse of young boys at the hands of priests to the light of day. We observe in this movie the power of men’s desire for the truth. We observe the incredible harm and destruction of shame in a man’s life. While Spotlight is exciting to watch, the film does not let you forget how much damage was done to young boys who became men all over the world.

Here again we see the dark side of men.   One man captures, imprisons, abuses and steals every dignity from a mother and her young boy. This movie impressed me with the simple beauty of life, which I tend to take for granted. Rarely do I consider the freedom I have to walk out the front door of my home and see the trees blowing in the wind or the sunlight breaking over the horizon. This movie also reminded me of the innate desire of the human spirit for freedom. Upon completing this movie I was left with the feeling of sadness for the devastation one human being can wreak on another.

This little movie, Trumbo, was a surprise. I did not know anything about it. I should have know that if Bryan Cranston (of Breaking Bad) was involved, I would love the film. I did. I laughed. I cried. I cheered. This film is a testament to the power of a man living to his ideals while others wilt to the social pressure of the tribe. Trumbo was a communist, a writer, an activist, a father and a husband. During the course of being a blacklisted screenplay writer, Trumbo remained resolute in his beliefs, even languishing in prison for several years, before being completely exonerated. Great film. Great performances. Bravo Bryan Cranston!

As I watched this film, which I believe deserves the Best Picture honor, I felt the constant presence of three men: Leonardo DiCaprio, Tom Hardy and Director, Alejandro G. Iñárritu. This movie requires your dedication. The Revenant (one who comes back from the dead) demands your attention. It is an all consuming experience, one you will not quickly forget. Man versus nature. Man versus man. Man versus death. Man versus bear. In The Revenant, we see the power of man to survive, and live, and pursue revenge. This film will carry you away to a land of bitter cold, unforgiving enemies, and lost love. In the end, I feel this movie is about a father and a son and the power of that bond. God help any man who breaks it.

There are quite a few fantastic films up for awards that I have not mentioned. These five inspired me. These five taught me lessons. These five most questioned the meaning of being a man in the world. Check them out. Enjoy the films. Get lost in somebody else’s vision. Pick up something here and there. Happy New Years. And the Oscar goes to ….

The Way of the Samurai