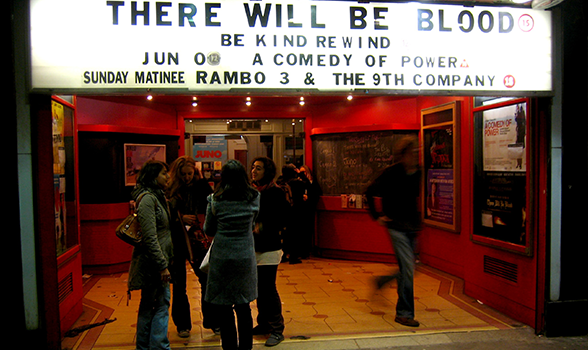 I love to watch a great movie. There are few things is life that give me more pleasure.   I usually watch in the evening at the end of the day, lying on my bed, my MacBook propped up on a pillow, my reading glasses on and earbuds firmly in place.  A movie, done well, can transport me to another world. Normal reality ceases to exist. I am there, in the movie, with the characters, living their life, experiencing their joys, fears and tears as we march together for a couple of hours, hand in hand on this crazy train ride called life. Documentaries have the rare opportunity to not only transport, but also whack me with powerful and potent doses of reality. I learn, I may cringe, I may be inspired and I may be saddened. Regardless, after a great documentary, I am changed. While watching all of the five documentaries featured here, I took a deep dive into myself. I made realizations and expounded on profound truths. I hope you do too.

This movie focuses on the life of Ayrton Senna who was an Formula One racing car driver. He won the world championship three times before his tragic death at the age of 34. The movie also focuses on his rivalry with Alain Prost. This movie will inspire you. Before I saw Senna, I had no idea of the extent of the physical toll car racing exacts on a driver. Indeed, it seemed many of Senna’s racing wins were a result of pure self-will. If you are like me, and you never heard of Ayrton Senna, nor knew much about Formula One racing, then you will be astounded and impressed on many fronts. The conclusion of the film both angered and saddened me.   I am feeling thoroughly tossed just now remembering this film.

I am a huge Muhammad Ali fan. I remember being a young boy, attending a Boy Scout meeting in the sacristy of Christ the King Catholic Church, and ducking outside so I could listen to the first Ali Frazier fight (called the Fight of the Century) on my little AM radio. This movie captures Ali past his physical prime, but firmly embracing his mental mastery. The Rumble In The Jungle in Zaire, Africa is one of the sports most legendary fights. Ali’s opponent, a young and angry George Foreman, was the heavy favorite. Ali was the fan favorite. The entire country of Zaire supported Ali. Who knew what Rope a Dope was nor how Ali would use it to win this magical fight? Rarely do we get an inside look at the the profound impact of words and energy on the trajectory of an event.  Featuring commentary by George Plimpton and Norman Mailer, this film will have you on your feet. “Ali, boom-bah-yea”

I watched this film about a year ago. It is hard to shake. It is a tough film to watch. This documentary features Indonesian death squad leaders and challenges them to reenact their mass-killings in the style of American movies. These leaders were never prosecuted, and are still treated as heroes in their home country. This movie is a deep dive into the heart of darkness. It is a study in the way humans can compartmentalize and justify unconscionable behavior. In much the way factory farms kill animals without as much of a thought for the well being of the animals, these leaders clearly demonstrate the same kind of disconnect from their human prisoners and victims. It’s all just another day in the office. While watching this film, I evaluated and reassessed the depth of darkness that lives in me.

I just watched this movie last week. The documentary is about three men who undertake to climb and summit a never before summited mountain called the Shark’s Fin on Mount Meru located in northern India. Remarkably, one of the climbers, Jimmy Chin, did all the photography. How he was able to climb in those conditions and capture such gorgeous images, is absolutely astounding. When you see the weather and the terrain, you will marvel at the rare opportunity we all have to share in the journey. This film will inspire you like few others. The challenges of the mountain and a few other unexpected and potentially tragic events all add to a powerful tale of overcoming all odds to accomplish what seems impossible. We get a birds eye view of mountain climbers breaking the four minute mile. To experience what it is to sit in a tent that is literally hanging on a sheer rock wall, thousands of feet above the ground, was worth the price of admission. But make no mistake; this film is so much more.

Hearts of Darkness: A Filmmaker’s Apocalypse (2007)

My favorite film of all time is Apocalypse Now Redux. Hands down, there is no other movie that dives into the human condition like this film. “The horror, the horror.” This documentary is the behind the scenes look at what it took to get the film made. As I learned, the movie could very easily have never been completed. There were many unforeseen challenges, delays, illnesses and actor demands, any of which could have derailed the masterpiece that is Apocalypse Now. This movie teaches the power of one man with a clear vision. Francis Ford Coppola kept moving forward, never gave up, believed in his project, and finished the movie. Lesson learned!

This movie is about men and their relationship to work. This movie is also about dedication to one’s craft.  This movie will make you hungry not only for sushi but also for your passion to do what you do well. Jiro Ono is a master sushi chef, world renowned, who has been doing the same thing day after day for decades. The film allows Jiro to share his philosophies, his rituals and habits, and his impact on his two sons. You will also gather a wealth of knowledge about sushi. Don’t miss this one.

Today, online, there is a plethora of fine documentaries available for viewing. When looking at all offerings from the perspective of the masculine, these five are the ones that most dramatically jolted me into a new way of seeing the world and my role therein. There are three more outstanding fims that I want to mention for they just barely missed the cut. Blackfish will have you thinking about what it means to be held in bondage. While the film is about whales, you can’t help but ask the question, “How free am I?” Earthlings is a brutal and challenging film about how humans treat non humans. It is startling, disgusting and poignant. This film pushed me over the edge to become a Vegan. The final honorable mention goes to the film Restrepo, a movie filmed in the Korangal Valley of Afghanistan. The two filmmakers embedded with an American Army unit and present to us the horrors of war unlike any other film. It is real and gritty and honest. We get to know the guys, and experience their fears and profound grief for the loss of their brothers.

One Man’s Quick Observations of Food and People in Vietnam

Five Simple Things Every Partner Wants From Their Man